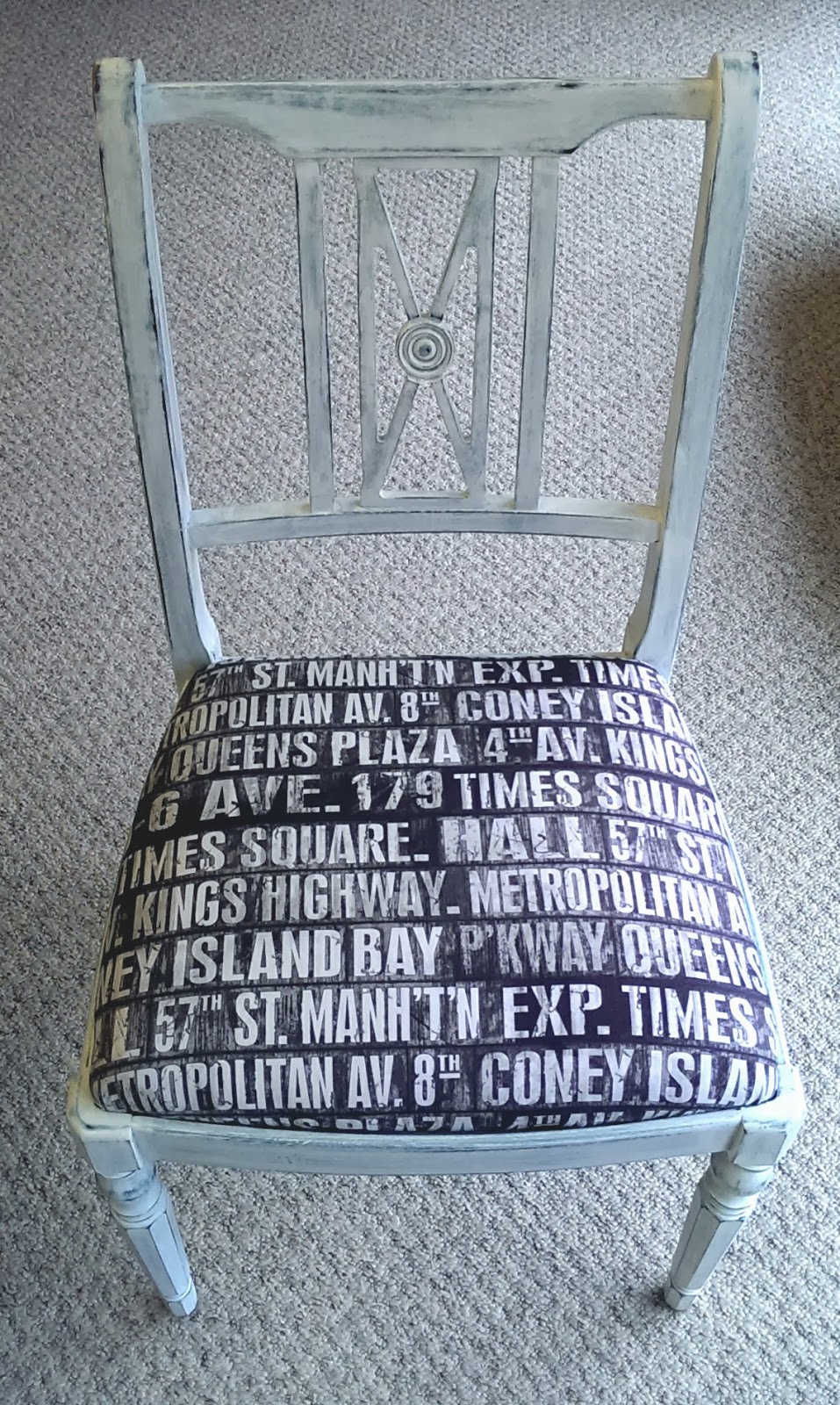 Thanks for stopping by, After a very crazy but very enjoyable 4 days I am back home and just about recovered from the CHSI (Stitches) trade show.
First of all I would like to say a very big thank you to Stan, Patrick and Andy from DecoArt who had me demonstrating their new chalk paint range at the show, It was brilliant to meet you and I was honoured to be part of your stand.
It was also great to meet so many people new and old, they guys from Country Love Craft and Personal Impressions,  who are the UK distributors for DecoArt,  Lindsay Mason , Jenny, Brenda, Gabriela and so many other lovely people.
Ok so on with the post.
Now the show is over I can start to share some of the pieces I made for the display and as samples.
Today I am sharing my favourite piece, my charity shop dinning room chair, this cost me £12 and was perfect for the chalk paints.After Kelly saw it finished I was told to go and get the other three chairs and a table to match so we could have them in our new home when we move. 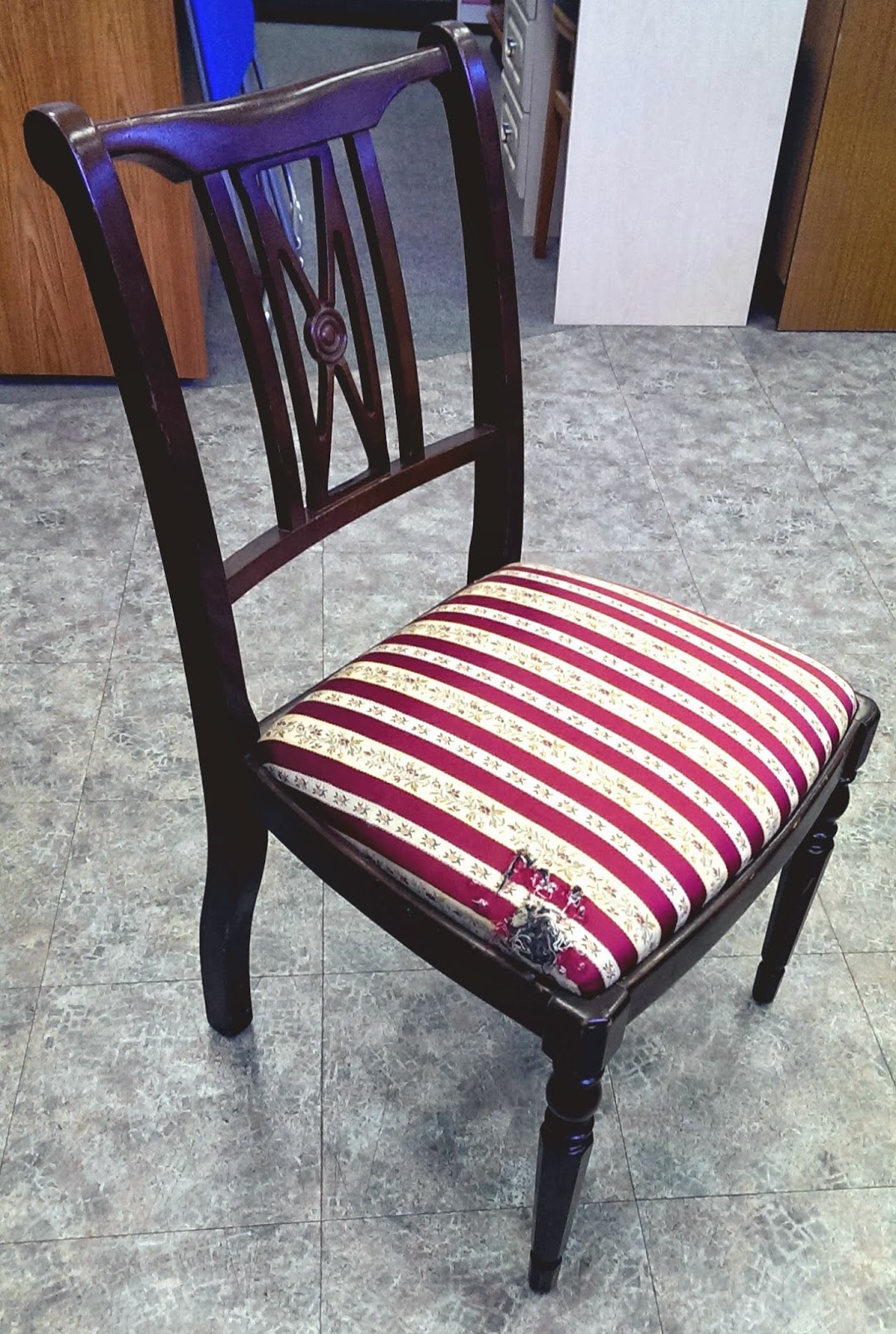 The chair started out like this, pretty ugly but it had all the right features for the type of finish I wanted, some hard edges but also some areas of detail and a little bit of shape, not just flat and square.
I wont go into to much detail of what I have done here as once all the samples have been posted Ill work on some tutorial pieces including another chair.
What I will say though is the paint is amazing, there was no prep work involved at all, no sanding or stripping back involved, I just started with the colour I wanted to show through my top coat. 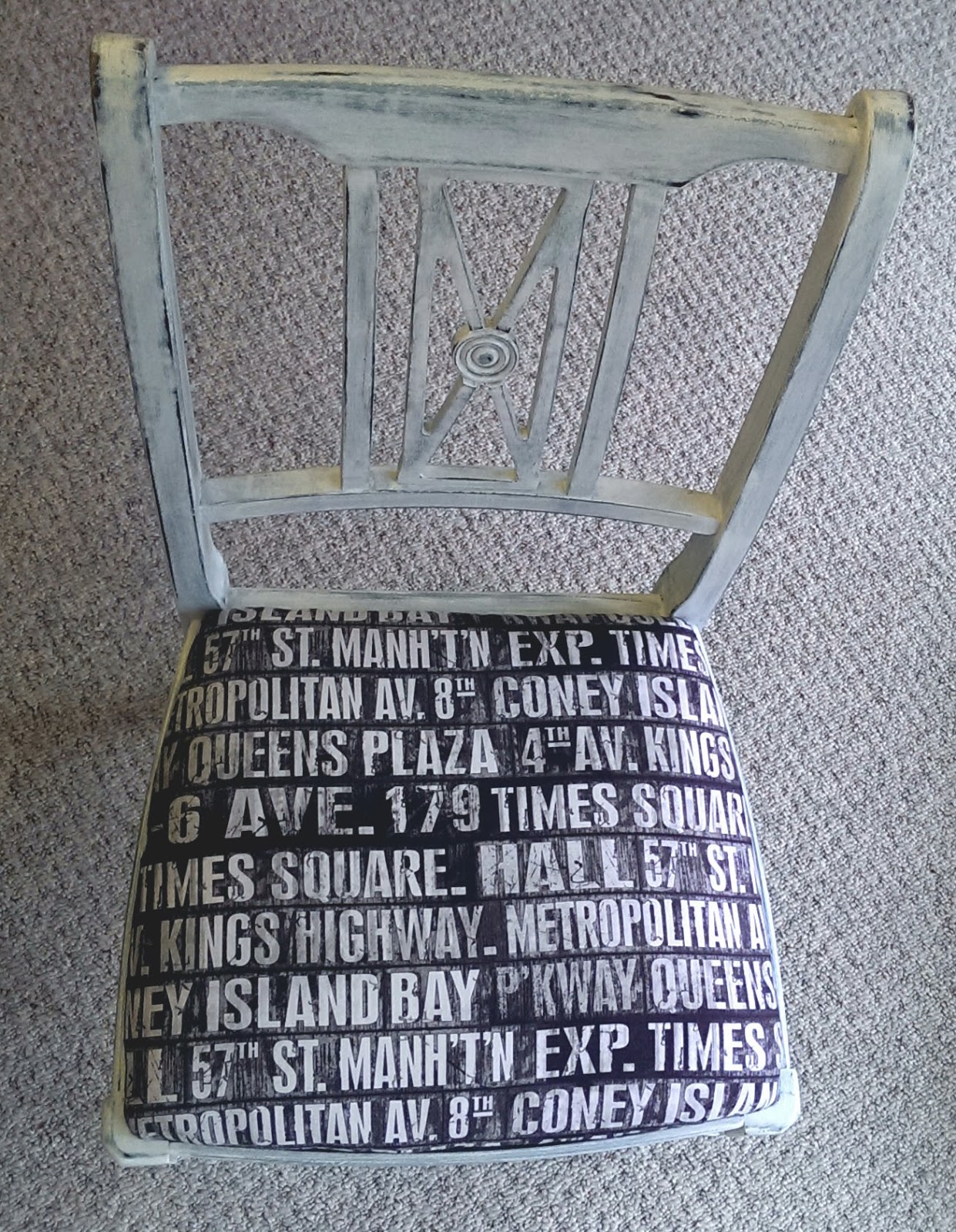 When I saw the fabric range that Tim Holtz bought out last year I new I wanted to get my hands on several of the designs but was really struggling to think how I would use them in the sort of work I usually make.
As soon as I knew I was going to be working with these paints I had my answer, for me this pattern was the perfect fit for the chair.
The old cover was taken off, Tim's fabric was lined with an iron on piece of fabric (forget what it's called) just to make it a little more durable and the cusion was re covered. 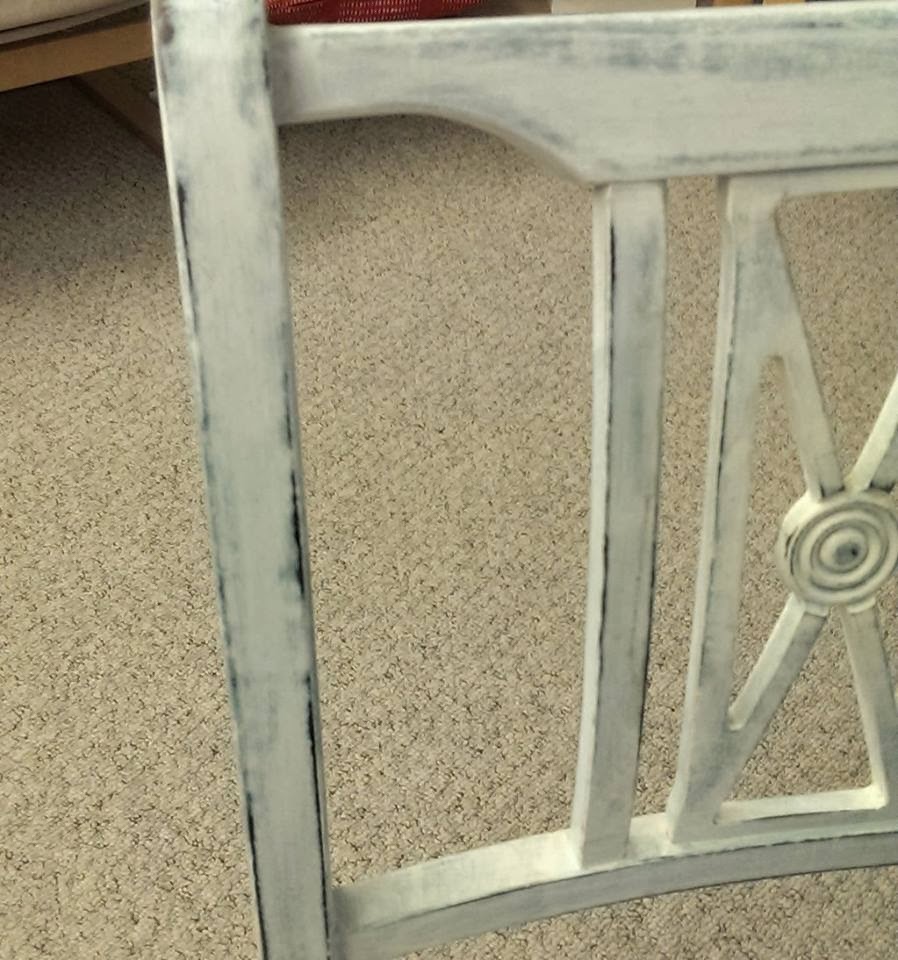 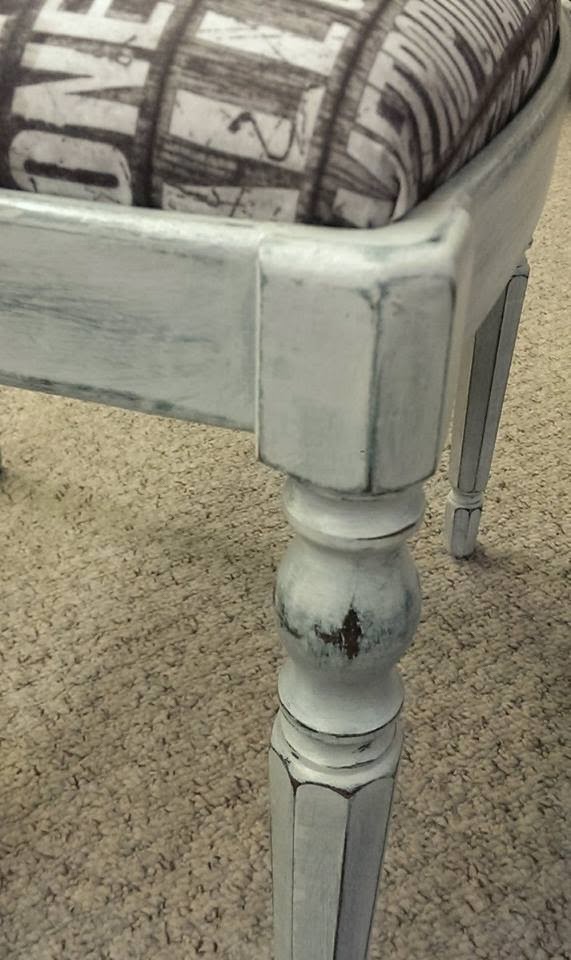 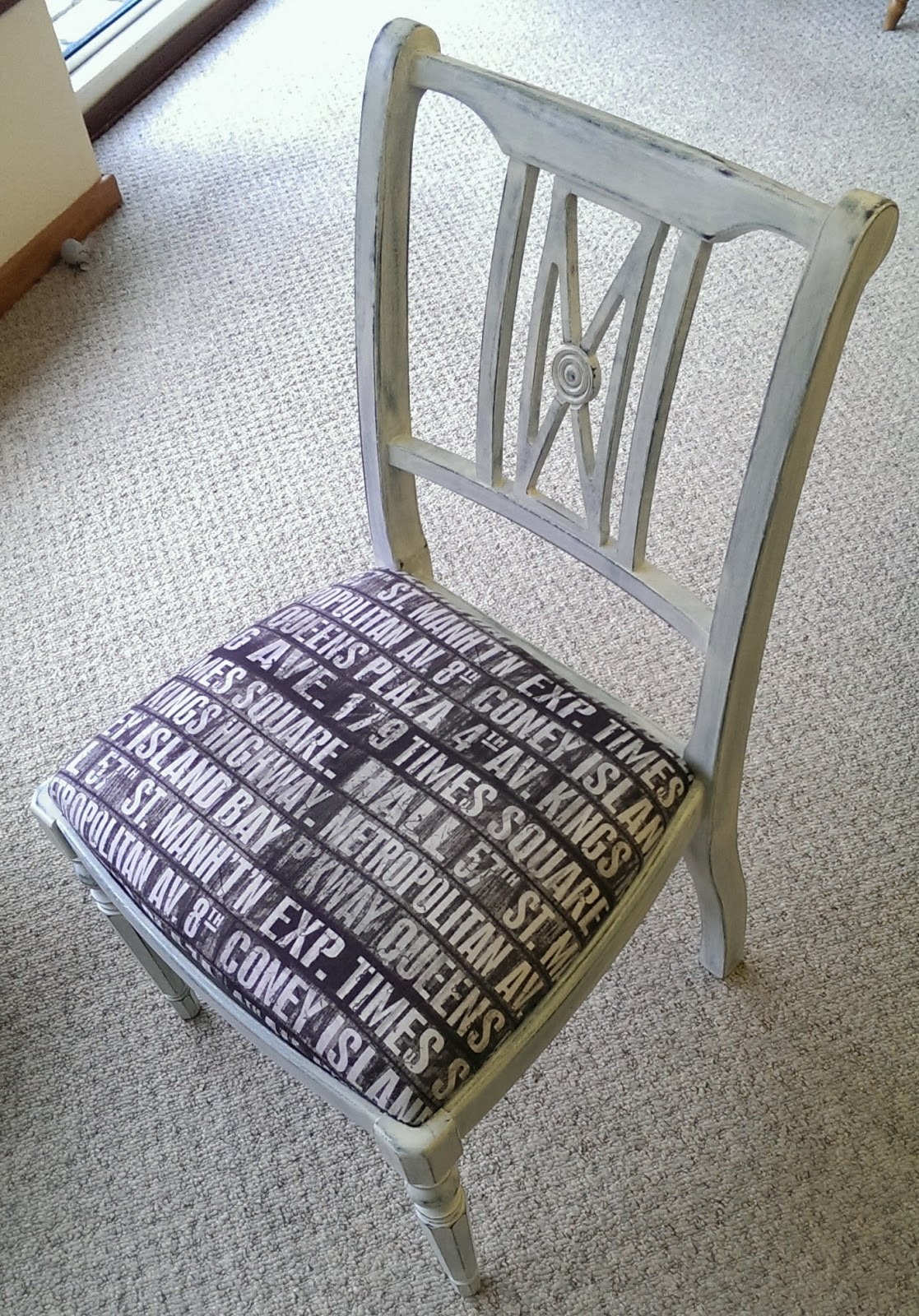 Thanks as always for stopping by, Ill be posting more of my samples over the next couple of days and I also have a new clock class sample coming using the chalk paints.

Simon Says Stamp are having a 'cameo appearance' challenge, they asking us to be creative with the theme, you could use a normal cameo, or think of actors who have made a cameo appearance in a movie or TV show, I know I am pushing it but my cameo appearance is the Tim Holtz fabric ;)

Artistic inspirations are having an anything goes/masculine challenge. 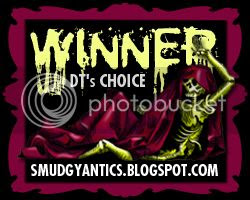